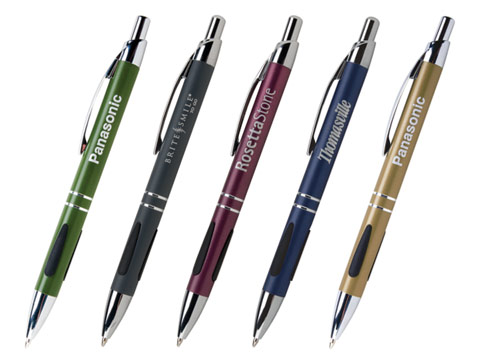 Given the technological advances over the last decade or so where more and more is being done digitally, you might ask if imprinted pens are still an effective advertising tool.  The results of a recent study sponsored by BIC Graphic USA and conducted through MarketTools, Inc., say the answer is still YES.  Here are some of the key points from the study, which involved over 1,000 households in the U.S.:

As you can see, this study makes a strong case that logo imprinted pens are still an effective advertising medium and it appears this will continue well into the future.  In fact, promotional pens have all the components of a highly effective promotional product- They are used very frequently, they're portable, and they have an extremely low cost per impression (i.e. they're affordable by just about any company out there)!

Ready to get your company logo imprinted on some attractive promotional pens?  Check out the Imprinted Pens page at http://www.redcanoepromotions.com to see some of our favorites.  From Your Denver Promotional Products Authority!
Posted by RedCanoePromo at 12:27 AM 24 comments: 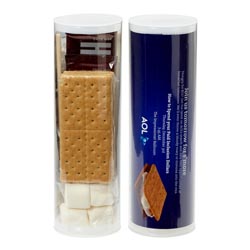 Looking for a fun summertime promotion?  How about a S'mores kit featuring your custom logo label?  Any end user will appreciate one of these!  This campfire kit includes:4 Graham Cracker Sheets, 4 Marshmallows, 2 HERSHEY'S® Milk Chocolate Bars and 2 Toasting Sticks. Makes 4 Servings.Available from Red Canoe Promotions starting at $11.83.
Posted by RedCanoePromo at 10:17 PM 2 comments: 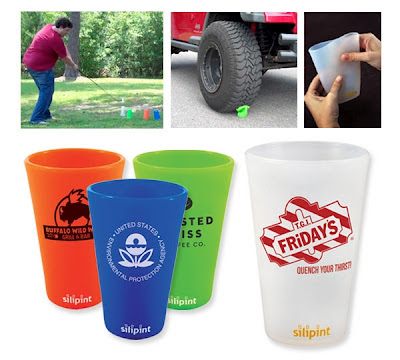 The new 16 oz. Silipint™ imprinted pint glass is guaranteed unbreakable!  It's made from 100% food grade silicone.  The Silipint is FDA approved, dishwasher safe, non-toxix and BPA free.  It insulates both hot and cold beverages.  Freeze it, nuke it, bounce it, bake it, crush it- do just about anything to it!  It's virtually indestructible.  Starts at $7.99 each and available through Red Canoe Promotions- Your Denver Promotional Products Authority!  Also available in a 1.5 oz. shot glass starting at $3.49 each.
Posted by RedCanoePromo at 11:02 PM 7 comments: